Overnight Baked French Toast Casserole spiced with cinnamon, flavored with vanilla, and topped with a brown sugar crumb topping. Prep it the night before and pop it in the oven in the morning! Everyone loves this dish! VIDEO BELOW. 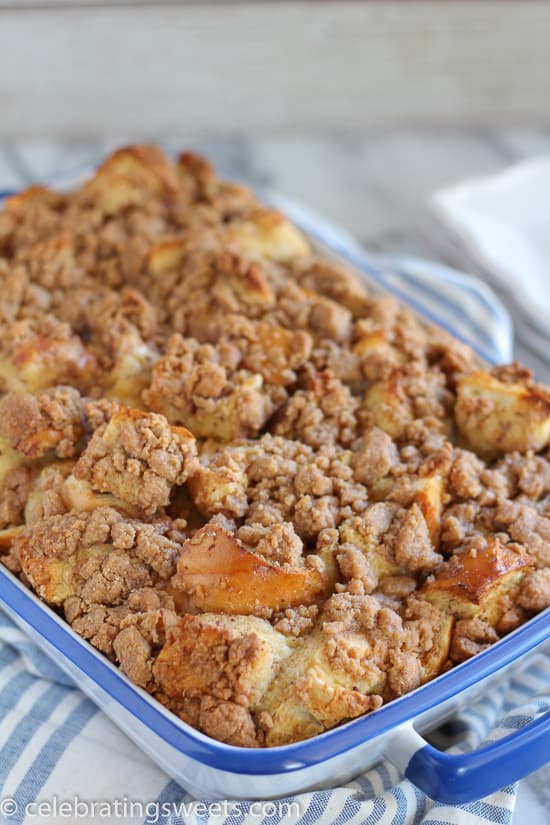 Hi, friends! I am popping in today to share a recipe that is one of my most popular. This Baked French Toast is a staple in my family, and since I originally published this recipe a couple years ago, I have received tons of great reviews from my readers (thank you, thank you, thank you)!

With Easter and Mother’s Day approaching, I wanted to make sure this recipe was on your radar. It is absolutely perfect for brunch, and I love the fact that it can be prepped the night before. 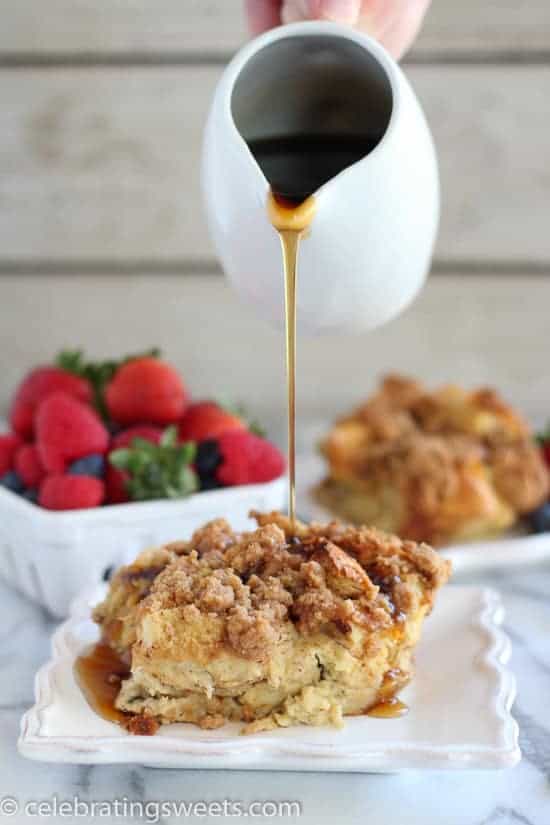 In addition to Easter and Mother’s Day, Baked French Toast is always our Christmas morning breakfast. Any morning of the year that I want a special meal with little-to-no effort this is the dish I turn to. It’s super simple and the payoff is huge – I’ve never met anyone who didn’t love this dish! Tell me you don’t want to dive right into that?! ↓ 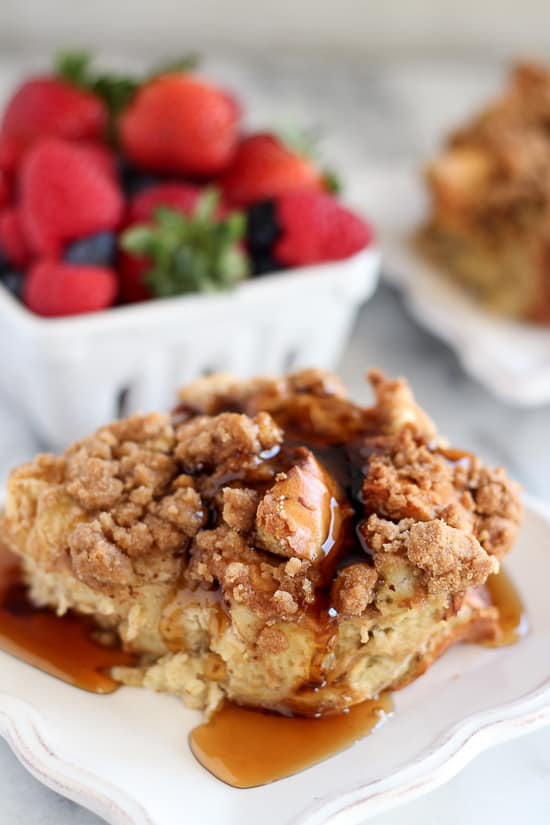 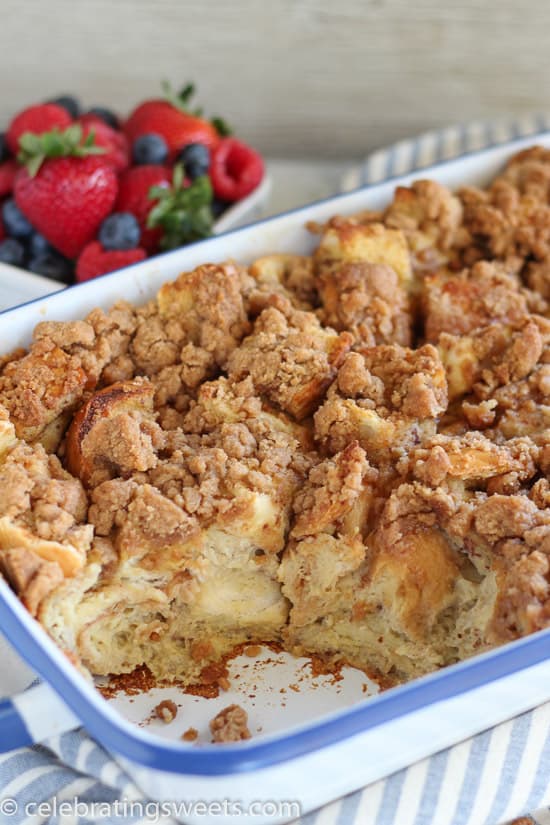 One of the best things about this French toast is that all the work is done the night before. Psssst….that means you get to sleep in and still serve an amazing breakfast!

This Baked French Toast Casserole is perfect for mornings that you don’t want to stand over the stove flipping individual slices of French toast. Anytime you want to serve something extra special without working too hard you will reach for this recipe. 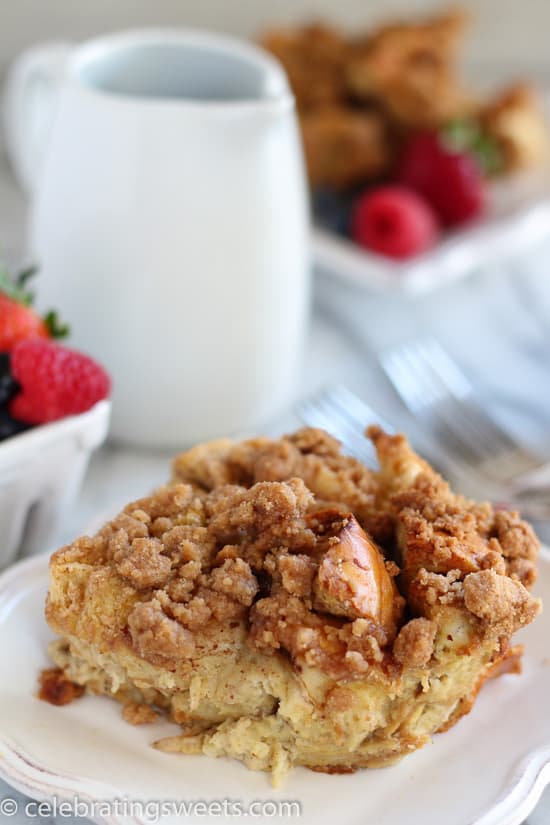 Once you try this dish you won’t want to go back to standard French toast. Baked French Toast Casserole is the way to go! You’ll love diving into this sweet, delicious, hearty breakfast. Grab some warm maple syrup and dig in! 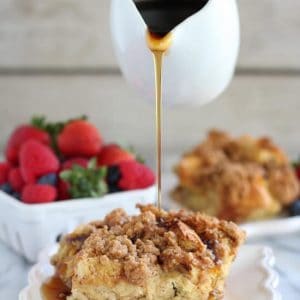 Want to make this dairy free? Swap the milk and half half for 2 cups Silk Original Unsweetened Almond Milk, and swap the butter in the topping for butter substitute. 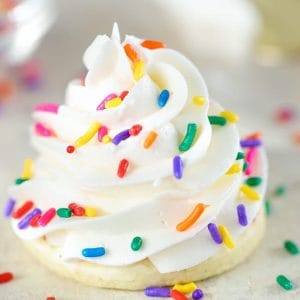 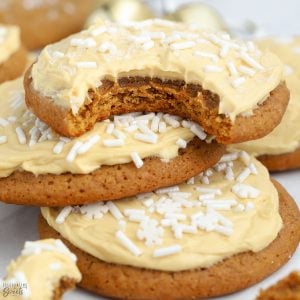 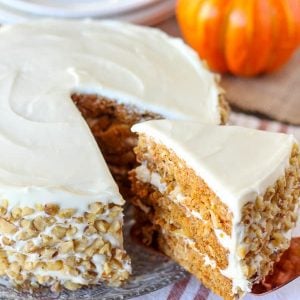 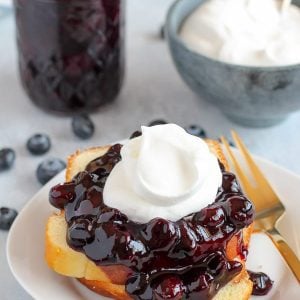 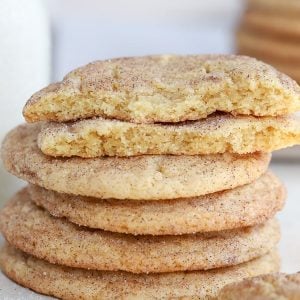