Stuffed Potato Skins – Hearty potato skins filled with BBQ pulled pork and topped with cheese. Switch around the filling to whatever you like! The perfect game day meal or snack! 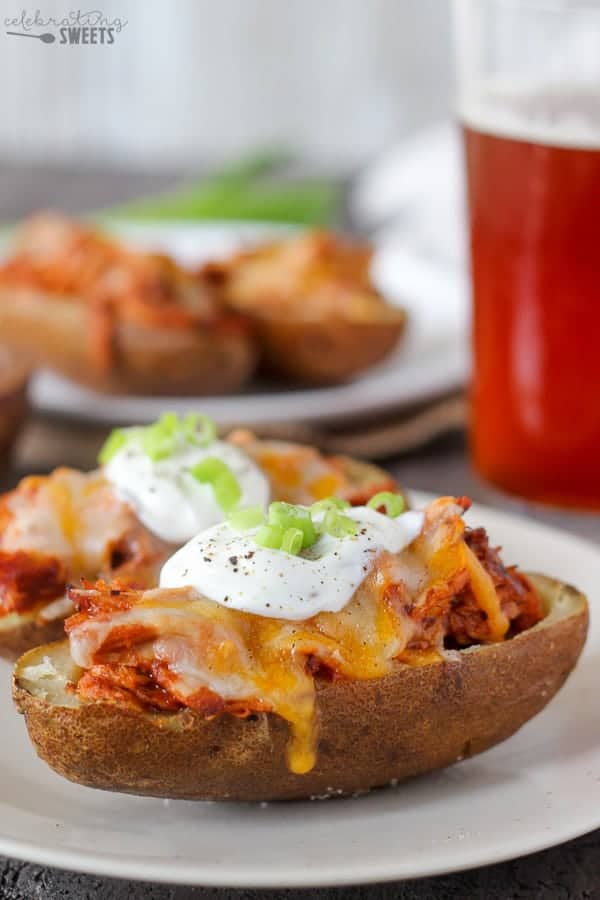 It’s almost football season which means that I am beginning to think about game day food. These Stuffed Potato Skins are the perfect meal for sitting on the couch and watching your favorite team play.

Usually potato skins are a snack or appetizer, but these have graduated to main dish status. Although they still resemble a typical potato skin, they are stuffed with BBQ pulled pork, which makes them hearty and filling. 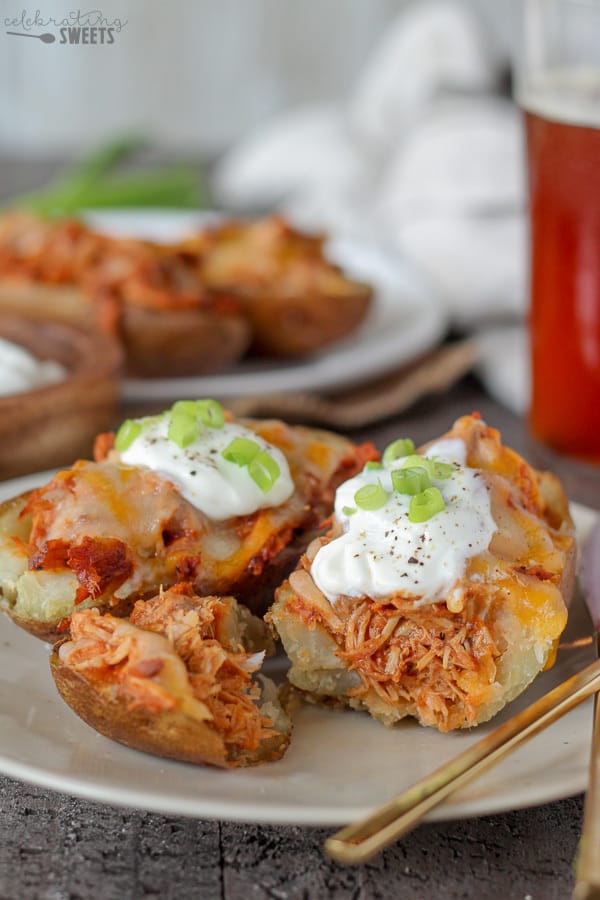 This recipe is super versatile – you can stuff these with whatever kind of BBQ meat you like. I’ve made them with chicken, beef and pork.   You can use store bought, restaurant bought or homemade. I used this recipe (with half the meat and a full recipe of sauce). My local Whole Foods also has a great selection of prepared smoked meats, which is great for those nights I want to get dinner on the table quickly. 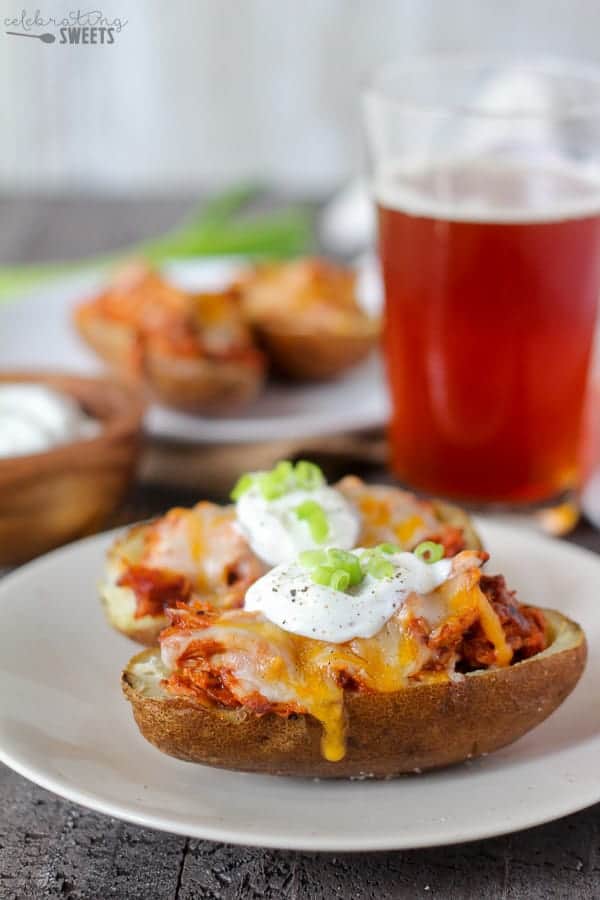 Subscribe to receive my recipes (free!) to your inbox 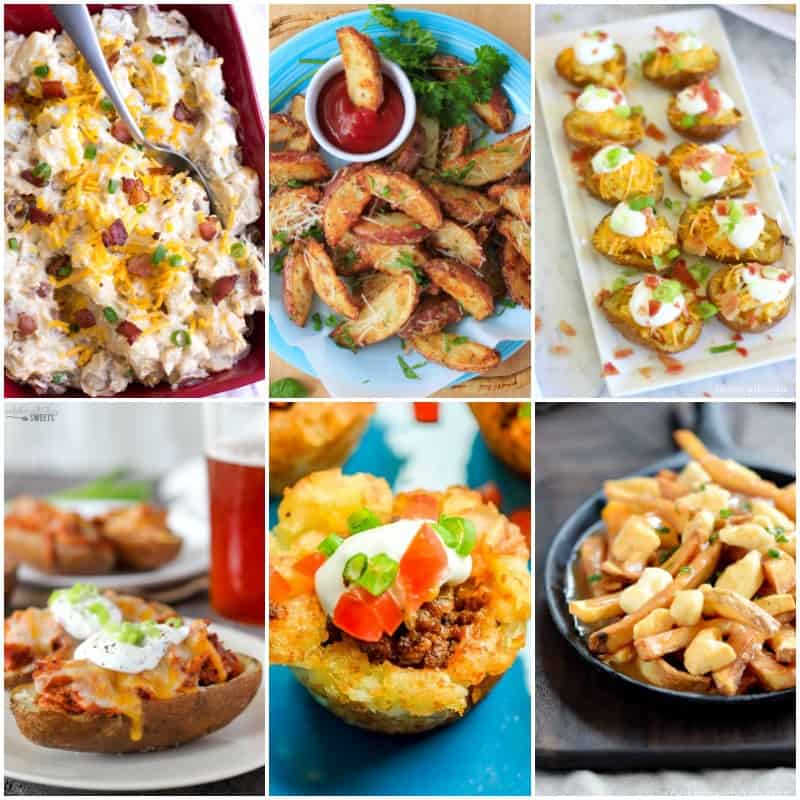 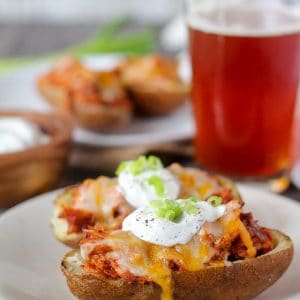 This recipe is super versatile. You can stuff these with whatever kind of BBQ meat you like. You can use chicken or beef instead of pork. You can use store bought, restaurant bought or homemade. I used this recipe (with half the meat and a full recipe of sauce). Just make sure that you stuff your potatoes with meat that is already warm, so that they won't have to stay in the oven too long. Also, I like meat with a substantial amount of sauce to help the potato skins from getting dry. 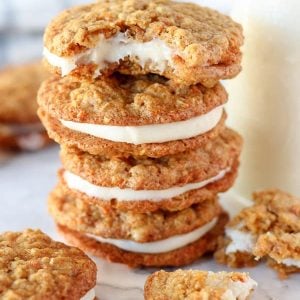 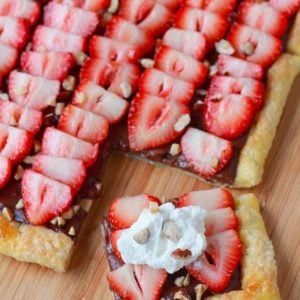 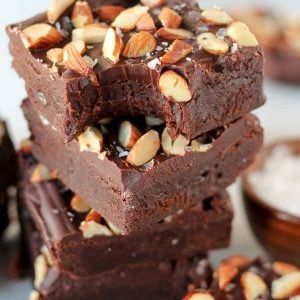 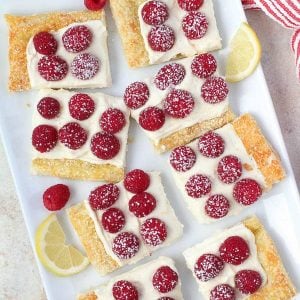 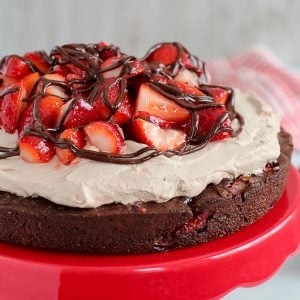