Love pecan pie? These brownies are for you! Fudgy brownies and a sticky pecan pie topping. Two classic desserts in one!

I take my brownies very seriously. So, when it came time to make Pecan Pie Brownies I knew EXACTLY what I wanted them to be.

I couldn’t get them right the first million times I made them. So, I made them again. And again and again. And now I have a recipe that is so dang good that I want to show up at your front door, hand you a pan of brownies, and watch you delight in each and every bite.

These Pecan Pie Brownies combine two of my favorite desserts and I AM SMITTEN. If you’ve tried my Maple Pecan Pie, Pecan Pie Bars, Chocolate Pecan Pie, or Homemade Brownies, you will notice that this recipe is mashup of all of them.

Two incredible layers – Fudgy brownies on the bottom with a layer of sticky pecan pie sauce on top.
Ease – Easier than making a pie; no pie crust to prep and roll out! Plus, a shortcut option (see below).
Flavor combination – Chocolate and pecans are a match made in heaven.
Texture – Chewy brownies paired with a gooey and crunchy topping.
Portion – This recipe makes an 8×8 pan, but these brownies are rich, so you can get anywhere from 9-16 servings.
Freezer friendly – Stick leftover brownies in the freezer for up to 3 months.

How to toast pecans

Stovetop: Place pecans in a dry skillet over medium heat. Cook, shaking or stirring the pan occasionally, until the pecans are fragrant and beginning to get some color on the them. Watch them very closely so they don’t burn. As soon as they are toasted remove them from the hot skillet.

Oven: Place pecans on a baking sheet and cook at 350° for 5-10 minutes, stirring once, until fragrant and beginning to get some color on them. Watch them very closely so they don’t burn.

Strapped for time or low on ingredients? Take a shortcut by using a boxed brownie mix. Bake the brownies fully and then add the homemade pecan pie topping. Be sure your boxed brownies are baked in an 8×8 pan so that you have enough topping.

* To toast pecans: place pecans in a dry skillet over medium heat. Cook, stirring occasionally, until fragrant and lightly toasted. Watch them carefully so they don’t burn.  STORAGE: Store at cool room temperature or the refrigerator for 3 days. Brownies can be frozen for up to 3 months.  SERVING: Enjoy the brownies warm, room temperature, or chilled. The topping will firm up when chilled. SHORTCUT OPTION: Feel free to use a boxed brownie mix in place of the homemade brownie portion of this recipe. Bake the brownies fully and then add the pecan pie topping. Be sure your boxed brownies are baked in an 8×8 pan so that you have enough topping. 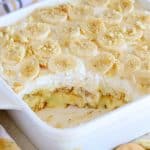 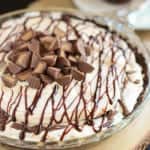 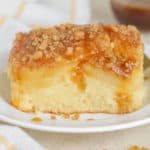 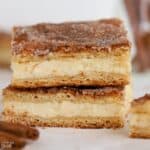 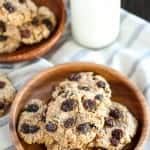 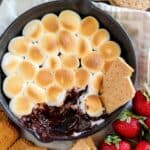 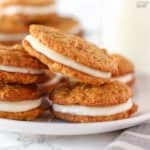 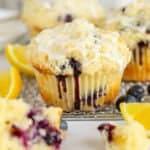 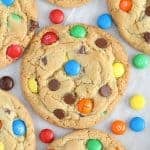 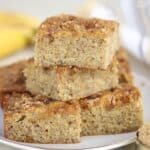